Enjoy all that SW Ontario & Lambton County Have to Offer

Discover the History, Recreation and Culture of Southwestern Ontario 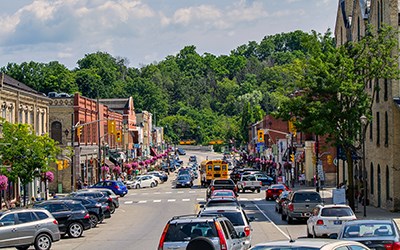 Lambton County is located in the southwest region of Canada’s second-largest province, Ontario. This part of the province is what many call the “Blue Coast,” a term that nods to the vast, crystal blue waters of Lake Huron.

It’s a region where you’ll find as many farms and acres of land to enjoy peaceful, rural living as you will places with all the urban amenities you could ever need. Last but not least, the opportunities for outdoor adventures on the lakes, rivers and in the forests are amazing.

Let’s take a closer look at the history, recreation and culture of Southwestern Ontario.

A city on the U.S.-Canada border, Sarnia was settled in the early 1830s. The region was inhabited by a group of people who referred to the community as “The Rapids” until they adopted the name Port Sarnia in 1836. Eventually, the oil industry, the timber trade and the Great Western Railway gave the city a boost in the 1860s. There was even a rail running under the St. Clair River directly into the U.S.

Petrolia, and surrounding towns such as Oil Springs, gained popularity in the 1860s when the first pioneer driller struck oil, or “black gold.” This completely changed Lambton County’s history and economy for the better. Petrolia was incorporated in 1866, and oil men from the area travelled the world, spreading their knowledge on finding and extracting the lucrative commodity.

The U.S. Port of Entry that was established in the area early on coincided with the first ferry service across the water, transporting early residents between Port Huron in Michigan and the former Port Sarnia. The boats provided transportation to the border cities until 1938, when the Blue Water Bridge was built to accommodate high traffic. Today, three freeways from both Canada and the U.S. converge at the bridge.

Believe it or not, Ontario is home to more than 250,000 freshwater lakes! The province is filled with waterways, from Lake Huron and Lake Erie bordering the Ontario Peninsula to the St. Clair River and beyond. Outdoor recreation enthusiasts flock to Southwestern Ontario waters for fishing, boating, hiking or just relaxing on the beach.

The St. Clair River creates the border between Ontario and Michigan, and it flows directly into Lake St. Clair, just southwest of Lambton County. While not as vast as any of the Great Lakes, Lake St. Clair is excellent for all types of watersports. There’s also top-notch duck hunting in the area.

Beachgoers will want to check out Grand Bend Beach in Lambton Shores. It’s one of Canada’s best beach towns, with some delicious restaurants and fun local shops. Sarnia Bay Marina is a 30-acre landscaped bay that includes more than 350 boat slips for residents and visitors alike. Close by are Canatara Beach and Park. Featuring picnic pavilions, a concert stage, BMX track and more, this is Sarnia’s most-popular park. The beach is within the park’s 84 acres.

While most everyone loves spending time at the beach, there’s a world of other activities and attractions to pursue within Lambton County. If you’re looking for historic education, artistic entertainment or tasty eats, there’s plenty here for you.

The Stones 'N Bones Museum in Sarnia displays rare gems, dinosaur bones and other artifacts. Walk in the footsteps of early oil pioneers at Petrolia Discovery, or the Oil Museum of Canada in Oil Springs. And for an in-depth look at the county’s history, head to the Lambton Heritage Museum.

One of the county’s must-see attractions is the historic Victoria Hall. This gorgeous landmark was built in the 19th century and was a staple of Petrolia. In 1989, a fire almost decimated the hall but it was later restored and today it books local theater productions and concerts. That said, there are also many music venues, festivals and fairs to discover in Sarnia-Lambton. 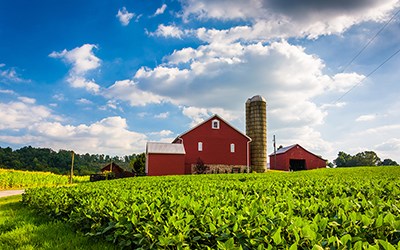 In addition to the usual array of local shops and restaurants in Southwestern Ontario’s communities, the region is known for some fantastic wineries, breweries and farmers markets. Refined Fool Brewing Company offers a few separate locations and a wide range of fun and funky craft beers. For wineries, start with Dark Horse Estate Winery in Grand Bend along Lake Huron. You can tour the vineyard, enjoy a private tasting or rent the space for events.